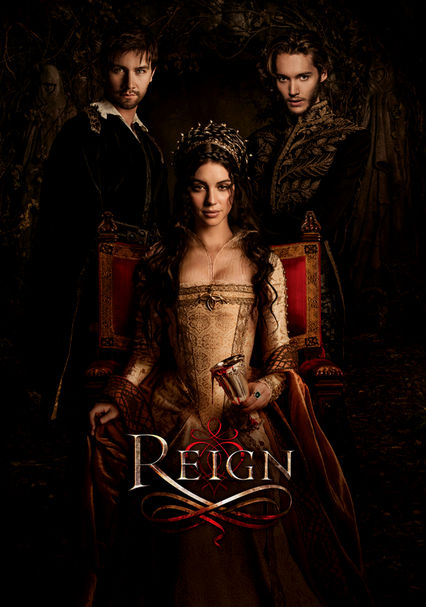 2013 TV-14 4 seasons
Beginning when Mary, Queen of Scots, arrives in France as a 15-year-old betrothed to Prince Francis, this vivid historical drama series tells the story of her rise to power and her struggles amid a court full of sexual and political intrigue.

When Mary, Queen of Scots, arrives at the French court at age 15 to meet her betrothed, she's already a confident leader. But despite her aplomb, she's ill prepared for the hotbed of sexual politics and romantic intrigue that she finds.

Chronicles the rise to power of Mary Queen of Scots when she arrives in France as a 15-year-old, betrothed to Prince Francis, and with her four best friends as ladies-in-waiting. It details the secret history of survival at French Court amidst fierce foes, dark forces, and a world of sexual intrigue.

The medieval drama, passion and intrigue continue this season as the villainous Catherine -- compelled by circumstances to team with Mary's greatest foe, Elizabeth -- schemes to bring Mary down.

In the fourth season, Mary establishes her rule in the country where she was born, though it is now alien to her. With a new court in Scotland and a burgeoning one in France, the royal exploits continue amid rising stakes.

Parents need to know that Reign is a sultry dramatization very loosely based on the life of Mary, Queen of Scots. The show takes great liberties with historical facts, inventing characters to thicken the plot and manufacturing tensions between various players to heighten the intrigue. It also ramps up the sexual drama within the castle walls, presenting infidelity and casual sex as common behavior and showing some of it, including a shadowy bedroom scene and a brief but highly suggestive masturbation scene. Violence is another factor that's hard to predict, as bloody shots of beheadings or other trauma can pop up unannounced. The bottom line? This is far from a reliable history lesson, and some of its content is too risque for teens, but it is scintillating drama that entertains nonetheless.

Sexuality is a powerful force within the castle walls, and it's used to exert power and to manipulate loyalties. Most of the content is more implicative than it is outright, but other scenes come right to the point. A newly wedded couple (mostly shadowed through hanging curtains) has sex in front of witnesses per the (supposed) custom of the time. In another scene, it's implied that a teen masturbates in a hallway (she moves conspicuously with her hand under her dress and breathes heavily) and then is interrupted by a man who finishes the job for her. Girl-on-girl action, prostitution, and dangerous sexual fetishes like asphyxiation are fair game. The network has made sexier versions of certain episodes available online.

A bloody beheading is shown briefly, as is a woman's death by poisoning. Violent threats are commonplace among the powerful characters, and sinister plots threaten lives at every turn.

Rarely "ass" and other swear words.

With few exceptions, the series trades historical facts for fictional drama and makes no distinction between the two. Characters' true motivations are hard to decipher amid the shifting loyalties and personal motivations of greed and lust. Those in power face little recourse for acting on whims, and those who stand against them face threats to their lives.

Occasionally wine is consumed, in keeping with the customs of the time.