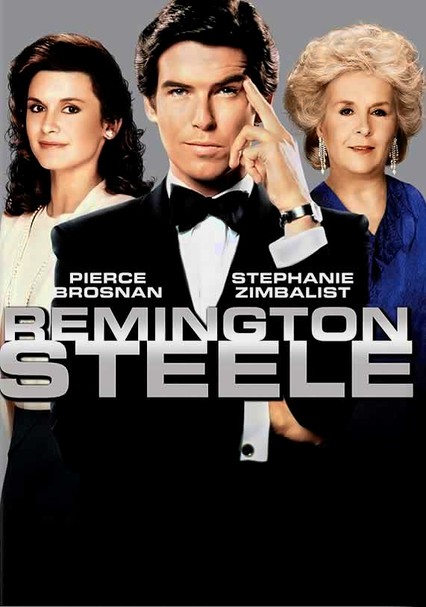 1982 NR 2 seasons
When private detective Laura Holt (Stephanie Zimbalist) decides her agency needs a male figurehead, she turns to a mysterious gentleman (Pierce Brosnan) who adopts the role of Remington Steele. While Steele is no real detective, he's a movie fan, and somehow he finds a way to incorporate his favorite big-screen personas into their adventures. This tongue-in-cheek series got a lot of mileage out of the chemistry between its appealing stars.

Before Pierce Brosnan was James Bond, he played another suave gentleman who was rarely shaken or stirred: private eye Remington Steele. In this '80s series, gumshoe-for-hire Laura Holt (Stephanie Zimbalist) accepts a new partner -- against her better judgment -- when a mystery man (Brosnan) assumes the identity of her titular, fictitious boss. Together, the duo takes on all comers ... as well as their growing romantic feelings for each other.

Pierce Brosnan prepped for his future role as the suave 007 in this glamorous 1980s comedy-drama, following the misadventures of private eye Laura Holt (Stephanie Zimbalist) and Remington Steele (Brosnan), the con man she calls her partner. In the show's third season, Laura and Remington become pawns in a millionaire's deadly game and take a job from three aging movie stars (Virginia Mayo, Dorothy Lamour and Lloyd Nolan, who play themselves).