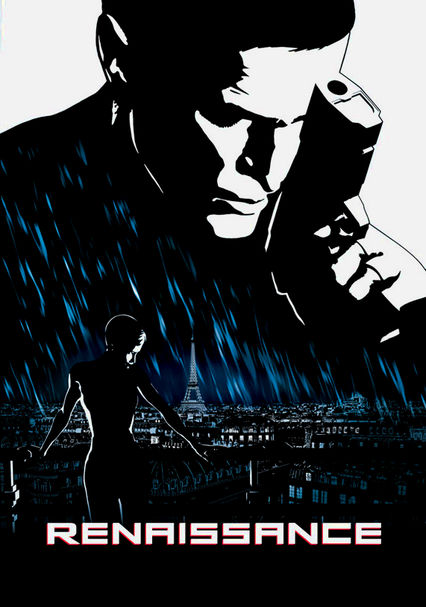 2006 R 1h 45m Blu-ray / DVD
In this animated sci-fi thriller set in Paris in the year 2054, a megacorporation known as Avalon dominates the landscape of contemporary life, selling eternal youth and beauty to a citizenry that's all too willing to consume. When a promising young Avalon scientist is kidnapped, the company hires top detective Barthélémy Karas (voiced by Daniel Craig) to find her. But as he investigates, Karas discovers a dwindling trail of witnesses.

Parents need to know that this mature motion-capture animated film features dark, typically film-noirish themes: identity theft, DNA manipulation, murder, kidnapping, betrayal, and depression. There's lots of violence, rendered in harshly black-and-white, high-contrast animation (guns, knives, car chases/collisions, an explicitly and upsettingly dead dog). The first violent scene involves a young kidnap victim, who endures shooting all around him before being saved. The plot involves genetic research on humans, including photos of sad-looking subjects. A sexual encounter is implied by kissing; it's followed by a scene in which the couple smoke cigarettes. A gangster appears in a pool with naked women (breasts are visible). Characters smoke cigarettes, drink liquor, and use foul language.

Frequent animated violence features guns and fistfights; the hero shoots a young boy's kidnappers (the boy is instructed to close his eyes before the mayhem); a dog falls from a car, dead; a woman is knocked out and kidnapped; a man is attacked by thugs and left hanging from the ceiling (the body is visible from various angles); several body bags are zipped ominously; a scientist works on bodies in a morgue; the hero knocks his informant against a wall; a reference to parents killed in "the war" chase scenes involving guns; kidnapper approaches woman with a large knife; woman tries to strangle kidnapper; character is shot in the back.

Film-noirish attitudes and betrayals; cops and villains collude as much as they contest one another; corporation wants to sell "eternal life."