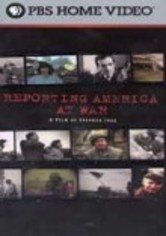 2004 NR 2h 53m DVD
However one views the American media, one thing is certain: The men and women who comprise it are usually some of the first on location to report on war in countries far and wide, wielding an influence that some take responsibly and others don't. This documentary follows American journalists from Europe to the Persian Gulf as they try to capture the conflicts and shape the perception of the citizens who read and watch their chronicles.