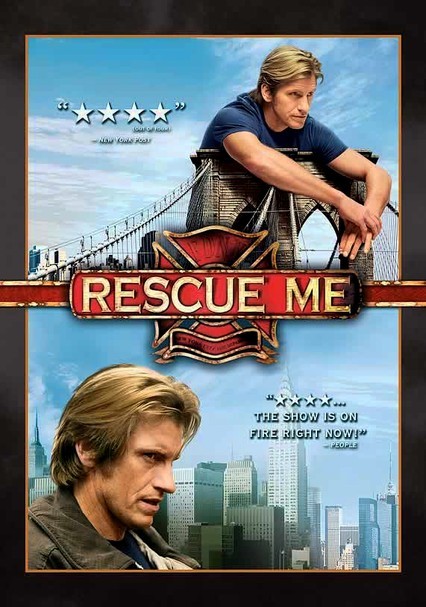 2004 TV-MA 6 seasons
Haunted by ghosts from his past, veteran New York City firefighter Tommy Gavin struggles to keep his anxiety in check, look out for his fellow Engine 99 firefighters and handle the emotional turmoil that surfaces in his personal life.

Tommy Gavin comes to grips with his drinking, tries to stave off the dissolution of his family and copes with job stress. His former colleagues aren't having an easy time of it either, dealing with a tinderbox of personal and professional pressures.

As the hit series continues to follow the struggles of New York City firefighters, Franco ends up in the arms of an aggressive older woman, and the crew takes heat from an angry Rev. Al Sharpton after responding to a tragedy in Harlem.

New York City firefighter Tommy Gavin continues his post-Sept. 11 struggles. Haunted by the loss of friends who perished in the disaster, his failed marriage and his son's tragic death, Gavin grapples with his past, his future and his sanity.

Firefighter Tommy Gavin does his best to cope with the loss of his cousin and best friend on Sept. 11, 2001, but his problems have already shattered his marriage, sent him back to the bottle and threaten his relationships with his colleagues.

While Tommy and his estranged wife, Janet, work to redefine their relationship, Tommy's rancor lands him in hot water with his superiors, and his drinking inspires his family to attempt an intervention.

Personal demons and professional dangers continue to torment New York City firefighter Tommy Gavin (Denis Leary) in the sixth season of this award-winning FX network drama. Haunted by the death of his cousin and best friend on September 11, Gavin watches his family, sobriety and personal relationships slip away. Only his work keeps him sane, and even that is endangered by his emotional instability. Mike Lombardi and Andrea Roth co-star.

Parents need to know that Rescue Me is an unflinching look at the lives of firefighters. These rough-and-tumble men -- and the occasional woman -- put their lives on the line when they go to work, and their language is as rough as the situations they face. When they're not fighting fires, they're usually crass, sometimes violent, often drunk, and always looking for either sex or love, though not always at the same time. In short, they're very human, very flawed, and very real.

Plenty of sex, talking about sex, and arguments between sexual partners. Some pretty graphic sexual scenes in many episodes (but not all), including partial nudity. Characters have affairs.

The firefighters are frequently in danger on the job and sometimes engage in pretty realistic fights off the job.

Extremely foul. Just about every bad word imaginable, and a few creative new ones.

Characters appreciate loyalty, friendship, teamwork, and other positive values, but they also behave in ways that are iffy at best -- drinking too much, cheating on significant others, etc. The show respects the dangers that firefighters face on a daily basis.

Tommy is a struggling alcoholic, and it's not pretty when he falls off the wagon. Several other characters also drink heavily, and some take drugs. This show doesn't shy away from portraying both the fun times and the ugly lows that come from both. Many characters smoke cigarettes.