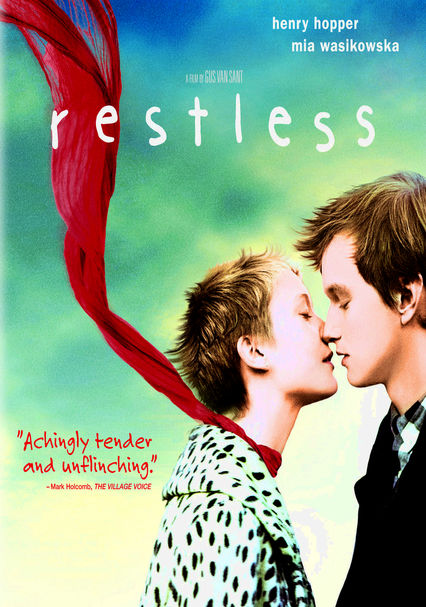 2011 PG-13 1h 32m Blu-ray / DVD
After she's diagnosed with a terminal disease, a young girl strikes up an unusually strong friendship with a boy who deals with the problems in his own troubled family by attending funerals.

Parents need to know that this romantic indie drama about young, tragic love may well appeal to teens, though it deals candidly and often sadly with illness and death -- which can make it feel heavy and a bit intense at times. There's some swearing (including "s--t"), war imagery/discussion, and kissing/cuddling. It's implied that the two main characters have sex, though nothing graphic is shown, and their relationship is very sweet overall.

A young couple in love spends the night together in what appears to be their first sexual encounter, but there's no nudity (though she undresses, only her shoulders are visible), and the sex is implied rather than shown. Viewers see them snuggling under a blanket and kissing.

In one scene, young adults chase after another to try to get even. There's talk about how one kid beat up another, though viewers don't see the encounter. A supporting character is a kamikaze pilot, and there's some discussion of what their responsibilities entail. There are also some references to seppuku, a ritual suicide involving swords. Brief scenes of carnage from World War II.

Infrequent use of words including "s--t" and "hell."

The subject matter is a bummer, but the message is clearly positive: Enjoy your moments here on Earth, because the proverbial clock is ticking. And don't let your past haunt your present.

A party appears to be rowdy, and there are vague hints about guests being slightly intoxicated.