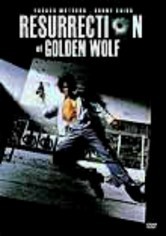 1979 NR 2h 11m DVD
A seemingly run-of-the-mill corporate salaryman (Yusaku Matsuda) leads a double life as a vicious criminal by night. In a delicious scheme of payback, he seeks to dominate the corporation that employs him by day. What's more, he has no reservations about the violent and dastardly actions he must undertake in order to achieve his goal. Later remade as a weekly television show, the film costars Sonny Chiba. Toru Murakawa directs.