Return to Sin City: A Tribute to Gram Parsons 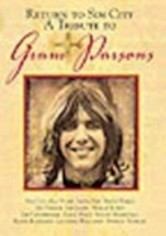 Return to Sin City: A Tribute to Gram Parsons

2005 NR 1h 30m DVD
A true legend of country-rock is immortalized in this tribute to Gram Parsons. Recorded at the Santa Barbara Bowl on July 9, 2004, and organized by Gram's daughter Polly Parsons, the concert showcases Gram's work with The Flying Burrito Bros and The Byrds as well as his solo efforts. Highlights include performances by Steve Earle, The House of Blues Gospel Singers, Norah Jones, Keith Richards, Lucinda Williams and Dwight Yoakam.