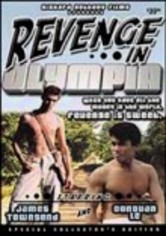 2003 NR 1h 18m DVD
In the middle of a desperate search for his well-connected American father, a young Vietnamese boy named Dustin decides -- ill-advisedly -- to spend a romantic night in the woods with his gay lover. News of a brutal bias attack on the couple by a few thugs reaches the ears of Dustin's father, who immediately reacts and does everything in his power to avenge his son. Stars Chris Burns, Michael Haboush and James Townsend.