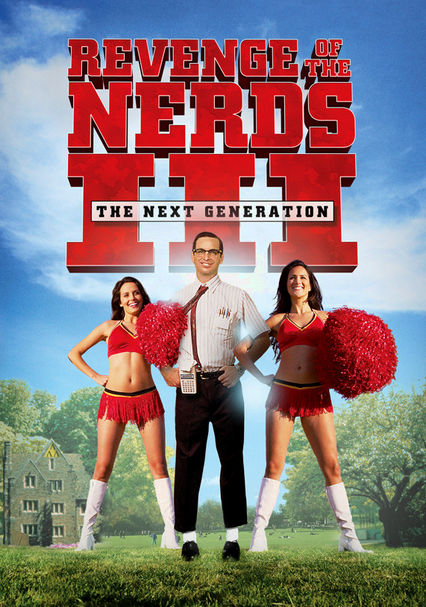 1992 NR 1h 40m DVD
Disgusted by Adams College's transformation into a nerd paradise, loudmouth alum Orrin Price (Morton Downey Jr.) teams with aging nerd nemesis Stan (Ted McGinley) to restore the campus to its jock roots. The nerds' only hope is their patron saint, Lewis (Robert Carradine), now a wealthy computer consultant who has lost touch with his inner geek. Curtis Armstrong returns as the immortal Booger in this third installment of the pocket-protected franchise.