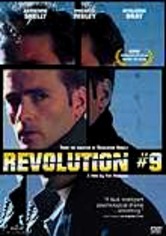 2001 NR 1h 30m DVD
Director Tim McCann spins an almost claustrophobic yarn in this intense psychological thriller. James Jackson (Michael Risley) is a 27-year-old freelance writer who's losing it big time; spiraling into psychosis, he's barely able to hold onto his job and his relationship with Kim (Adrienne Shelly), a waitress in downtown New York. But who's truly going insane here? Is James the mad one, or is Kim even more so?