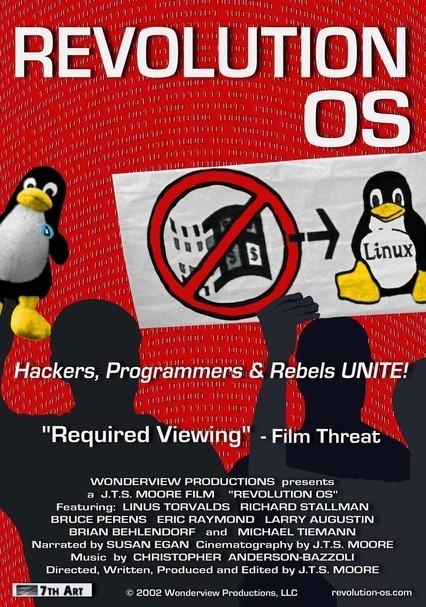 2002 NR 1h 26m DVD
For the past two decades, a group of computer hackers, neocommunists and entrepreneurs has been gradually undermining Microsoft's monopoly and fundamentally changing the way software is developed and owned -- a revolution that resulted in the Linux operating system and the Open Source movement. This fascinating documentary explores the OS movement's origins and depicts the grassroots nature of Linux and OS as they march into the mainstream.