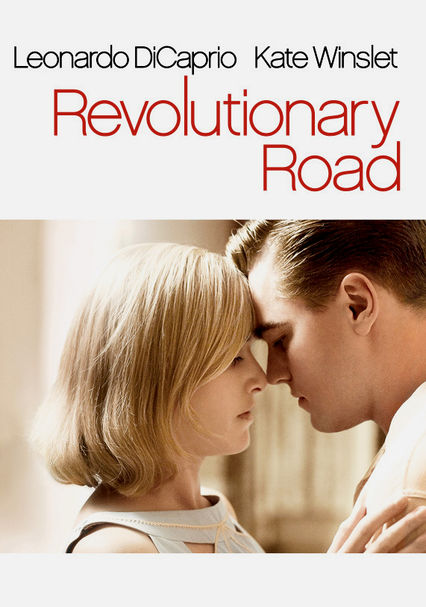 2008 R 1h 59m Blu-ray / DVD
The perfect couple living in the perfect house in a perfect suburb? Not quite. April and Frank's marriage unravels when a desperate plan to change their "perfect" lives becomes their last hope to escape lives actually engulfed in emptiness.

Parents need to know that this 1950s-set adult drama deals with themes that are probably too intense for younger teens. It explores a marriage on the brink of destruction, which can be painful to watch, and tackles subjects like infidelity, gender roles, abortion, and mental illness. The main characters fight constantly in long, drawn-out scenes and seem unaware of the effect their conflict is having on their children. There's also some nudity (bared breasts) and sex, as well as language, drinking, and era-accurate smoking.

A woman's breasts are bared in a scene in which she's trying to appear casual after sleeping with a married man. A married couple has sex on the kitchen counter (no nudity); another couple, not married to each other, has sex in a car (lots of noises and movement, but again, no nudity). Many conversations about trysting.

A couple continually indulges in long, loud, drawn-out fights that lead to them either stalking off or challenging the other to hit them. Plenty of tears and insults.

A husband and wife tear each other apart verbally and emotionally. They mean well but are hobbled by personal dissatisfaction, an inability to communicate, and predefined gender roles. They seem unaware of the effects of their relationship on their children and fight bitterly, loudly, and somewhat physically. Friends and neighbors care about them but can't seem to help but judge their decisions. Couples are unfaithful and betray the people close to them. Communities try to unify over a shared activity but fail. A woman contemplates terminating a pregnancy.

Characters smoke constantly (accurate for the era) and drink socially. Beer is consumed, but there seems to be a preference for hard liquor. Characters get drunk and cheat on their spouses.