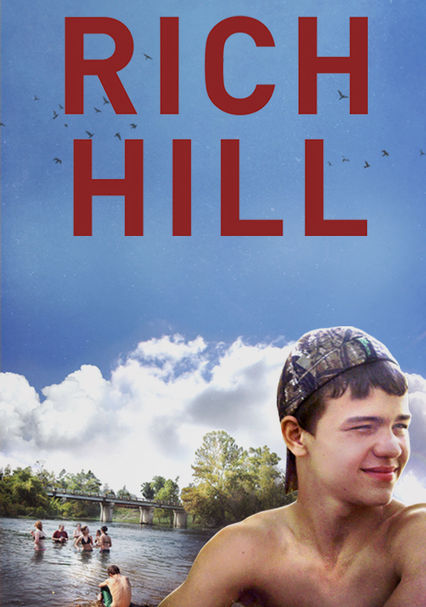 2014 NR 1h 33m DVD
Two filmmaker cousins return to their decaying hometown of Rich Hill, Mo., to film this affecting documentary about the lives of three local boys. Each of the youngsters reveals his hopes and dreams amid a landscape of poverty and desperation.

Parents need to know that Rich Hill is a grim, unflinching, yet empathetic look at three boys living in poverty in a small Missouri town. The kids come from varied backgrounds, but they all face similar challenges, largely as the result of unstable family and financial conditions. Some of them are very angry about the hand that's been dealt to them, and they sometimes react violently, triggering fights that mostly take place off screen. Expect plenty of swearing, including kids who use "f--k" and other profanity, as well as a lot of smoking by both teens and adults. There's also drinking by adults and references to child molestation.

Some of the young people in this documentary harbor deep reserves of anger that sometimes erupt in loud, expletive-laden arguments and physical confrontations, though the fights take place off screen and are later discussed on screen. One character's mother is in prison for a violent crime, and he's shown messing with knives. Child molestation plays a key role in one storyline and is often discussed in general terms, though without any specific/graphic details.

The featured families face a near-constant uphill battle that often leaves them demoralized and defeated.

Many of the people in this documentary smoke throughout the film, including several teens and tweens, who often smoke cigarettes at home with their families. A few scenes feature adults drinking beer. One parent appears to be dependent on sleeping pills (and is later felled by an overdose that's described but not seen).