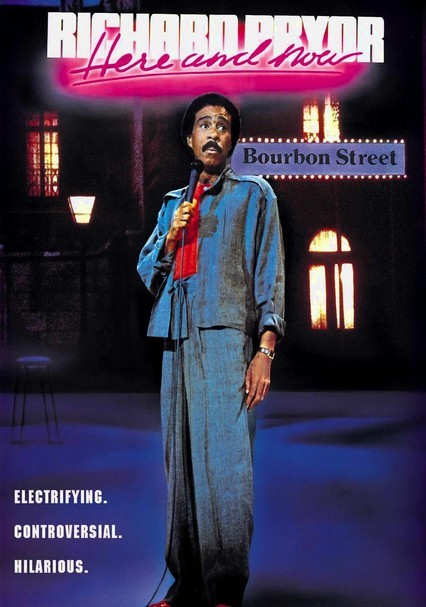 1983 R 1h 35m DVD
Three years after the drug-related accident that nearly killed him, a clean and sober Richard Pryor weighs in on heroin, meeting Ronald Reagan and more. He also deals with some unwelcome hecklers and proves his comedy skills are as sharp as ever.