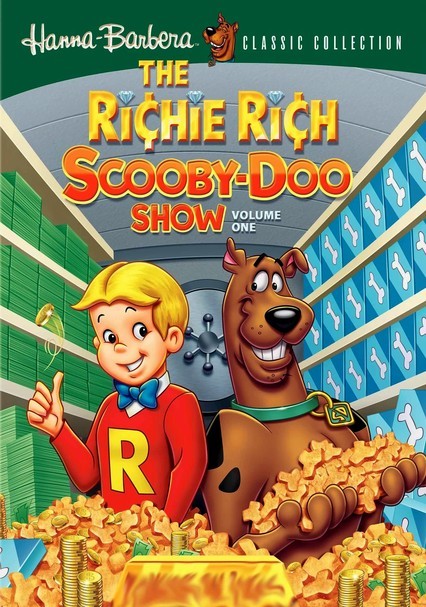 1980 NR 2 discs
Two Hanna-Barbera favorites join forces for this fun-filled animated collection. Richie Rich makes his television debut, using his brains as well as his wealth to save the day in a series of do-gooding, globe-trotting adventures; meanwhile, Scooby-Doo, his nephew Scrappy and best pal, Shaggy, pile into the Mystery Machine to solve baffling crimes and uncover the truth behind spooky happenings around the world.