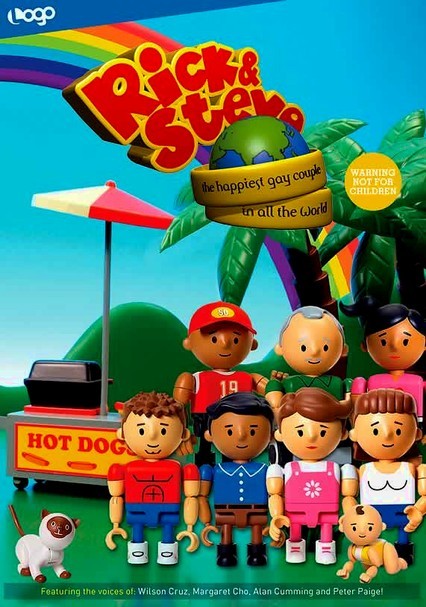 2007 NR 2 seasons
Who more qualified to speak on the highs and lows of modern gay life than Rick (voiced by Will Matthews) and Steve (Peter Paige), plastic-toy cohabitants of the swishiest digs in West Lahunga Beach, where exes, ex-gays and Castro Street exiles all find a home. Among the boys -- and daddies -- who keep the burb swinging are old queen Chuck and hopeful moms Kirsten and Dana, with "alternative lifestyle companion" Condi Ling rounding out the scene.

Rick (voiced by Will Matthews) and Steve (Peter Paige), the "Happiest Gay Couple in All the World," are back for more hilarity with their gay and lesbian friends in Logo's original animated series about life in West Lahunga Beach. As the second season unfolds, Evan (Wilson Cruz) is riding high on his newfound fame as a blogger and rubbing elbows with celebrity scribes Perez Hilton and Trent Venegas (as themselves).