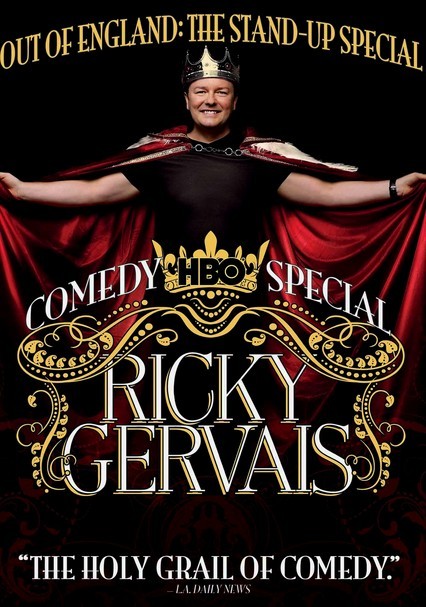 2008 NR 1h 12m DVD
Funnyman Ricky Gervais unleashes his formidable talent on Madison Square Garden -- with political correctness taking a backseat -- in his first special for HBO, home of his Emmy-winning series "Extras." Gervais shares his thoughts on a variety of topics, including obesity, Nazis and nursery rhymes -- even sacred cows such as physicist Stephen Hawking and Nelson Mandela are targets of the comic actor's stinging wit in this hilarious performance.