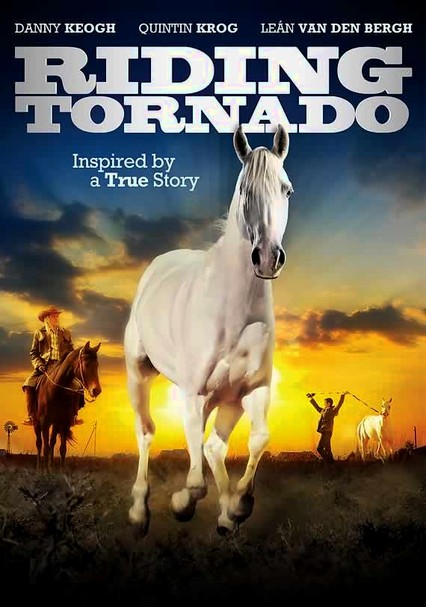 2009 NR 1h 54m DVD
In a story inspired by actual events, a downtrodden young man and a put-upon horse come together to heal each other with the help of a South African horse whisperer who leads them both down a path of redemption.

Parents need to know that Riding Tornado is a slow-paced tale focused on a depressed college student and his healing relationship with a horse. While too slow and serious for many tweens and teens, animal lovers might enjoy the meditation on the bond between human and animal. Parents main concerns might be a scene early in the movie where characters down shots of hard liquor, and another scene where the main character punches a mirror and smashes his head against his dorm room wall. Also early in the film, a horse is shown with bloody wounds.

A man punches a mirror and smashes his head against a wall in his dorm room. A horse is shown with bloody wounds.

It requires a great deal of patience to train an animal, but the bond that forms between an animal and a person is mutually beneficial.

Early in the film, characters down hard liquor shots in a karaoke bar.