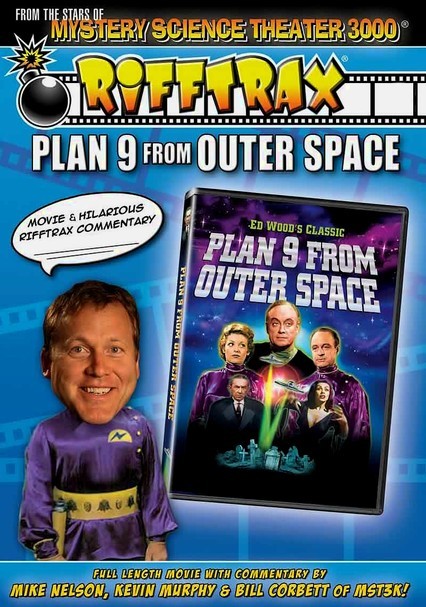 2009 NR 1h 19m DVD
Regarded by many as one of the worst movies ever made, director Ed Wood's infamous sci-fi "classic" starring the iconic Bela Lugosi is perfect fodder for commentators Mike Nelson, Bill Corbett and Kevin Murphy. After a series of failed plans (eight of them, to be exact), a race of menacing aliens sets out to take over the world by raising an army of zombies. Released in 1959, Wood's infamous film features Lugosi's final onscreen performance.