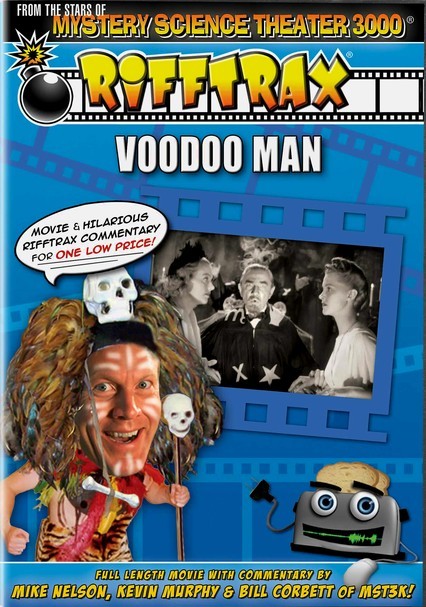 1944 NR 1h 2m DVD
If you're pining for a little voodoo, weird performances from horror masters Bela Lugosi and John Carradine, and a heavy dose of hilarity, climb aboard the RiffTrax train with Kevin, Mike and Bill, the masterminds of "Mystery Science Theater 3000." The guys toss out their trademark sparkling sarcasm as Lugosi stars as a mad scientist and Carradine plays his bizarre assistant in a role that was supposedly his least favorite ever.