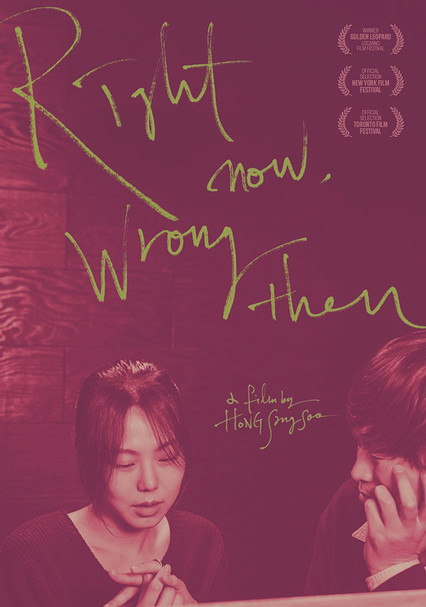 2016 NR 2h 1m DVD
Quite by accident, a film director arrives in town a day early. With time to kill before his lecture the next day, he stops by a restored, old palace and meets a fledgling artist. She's never seen any of his films, but knows he's famous. They talk. And together, they go to her workshop to look at her paintings, have Sushi and Soju. More conversation follow, and drinks, and then an awkward get-together with friends where all sorts of secrets are revealed. All the while, they may or may not be falling for each other. Then, quite unexpectedly, we begin again, but now things appear somewhat different. RIGHT NOW, WRONG THEN is a deliciously intricate comedy of manners from a master filmmaker