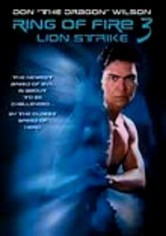 1995 NR 1h 30m DVD
Kickboxing champ Don "The Dragon" Wilson reprises his role as Dr. Johnny Wu, whose vacation turns into a nightmare when members of a Mafia arms cartel abduct his son, Bobby (Jonathan Wilson). With a group of gangland leaders in pursuit of a computer disk in Wu's possession, he'll have to use his wits and brawn to outmaneuver the baddies and rescue Bobby. Robert Costanzo, Morgan Hunter and Bobbie Phillips also star in this martial arts actioner.