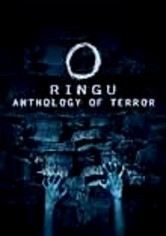 2000 NR 1h 39m DVD
This creepy Japanese horror flick is square one of the four-part Ringu series, chronicling the origins of Sadako Yamamura (Yukie Nakama), before the stringy-haired girl began killing people through the use of a videotape, causing destruction wherever she goes. Yamamura once charmed everyone as a precocious young actress. But when her horrible visions began harming the people she loved, her career came to an abrupt end.