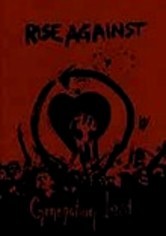 2006 NR 1h 0m DVD
Politically minded punk band Rise Against is the subject of this rock documentary, chronicling their inspiration, formation and ascent up the ranks of the true punk scene. Generation Lost blends backstage footage, live performances and exclusive interviews with band members and their families and friends. Also featured are four of the group's hit videos and a live performance from their five-night, sold-out stint at the Troubadour in Los Angeles.