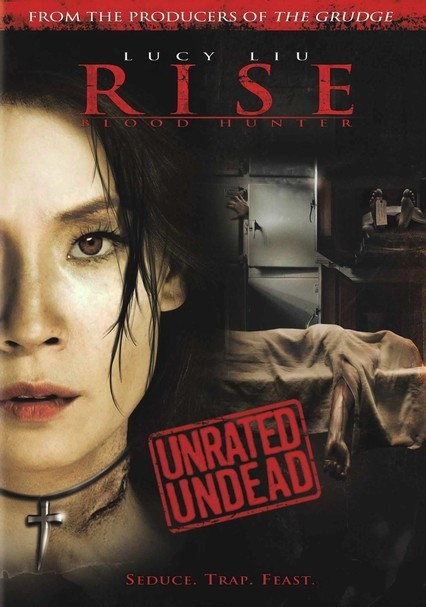 2007 UR 2h 2m DVD
Reporter Sadie Blake awakens to find herself in a morgue, transformed into a member of the undead by a vampire cult. With help from a cop who lost his daughter to the same sect, Sadie embarks on a quest for revenge against those who took her life.

Parents need to know that this vampire movie is extremely violent and gory. It's packed with bloody scenes and brutal murders (courtesy of guns, stakes, a crossbow, and more). Both men and women are depicted as deranged savages who will stop at nothing to satisfy their bloodlust, and naked, vulnerable females are treated as sex objects and victims in scene after scene (breasts are frequently visible). Language includes "f--k" and "s--t," and there's some drinking and smoking. But, really, the main concern here is the nonstop violence, from vampire blood-sucking to a severed head in a trash bag.

Partial female nudity throughout, with breasts fully visible in many scenes. Hanging nude bodies (male and female) serve as background in several scenes. All sexual behavior leads to vampire bloodlust and, usually, death.

The main character is depicted as a good person forced to perform murderous acts to survive. She sacrifices her moral code to destroy the evil around her. Women are portrayed as victims of sexual predators and torturers and become sexual predators themselves. Many characters have succumbed to bloodlust and relish the mayhem. One of the vampires is disabled and meets a savage end.

Drinking in bar scenes; visible evidence that a grieving policeman is an alcoholic; some smoking.