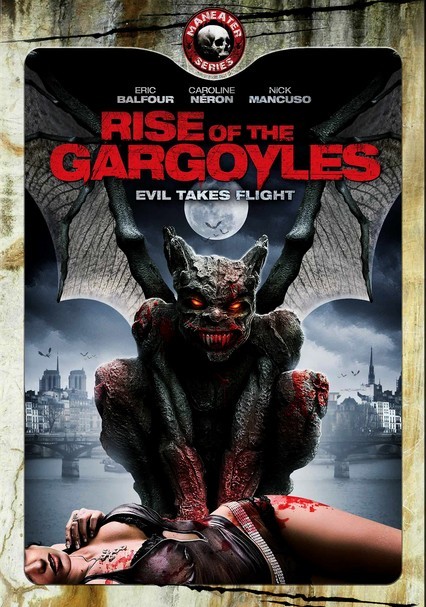 2009 NR 1h 34m DVD
When American professor Jack (Eric Balfour) and his friend Carol (Tanya Clarke) explore the architectural wonders of an abandoned Parisian church, they stumble upon the nesting place of an ancient gargoyle in this suspenseful horror flick. As the gates of hell burst open, mangled corpses pile up, and Jack teams up with a television reporter (Caroline Néron) and a priest (Nick Mancuso) to stop the unholy terror.