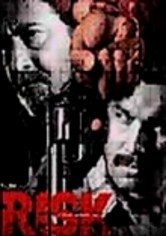 2007 NR 2h 35m DVD
Suryakant (Randeep Hooda) is an honest cop whose mission to rid Bombay of gangsters rankles corrupt city officials on the mob's payroll. Jailed on a frame-up, Suryakant discovers his only way out is to team up with mob boss Khalid (Vinod Khanna). But the don soon realizes that the freed Suryakant has no gratitude, only a resolve more fierce than before. Vishram Sawant directs this action thriller co-starring Tanushree Dutta.