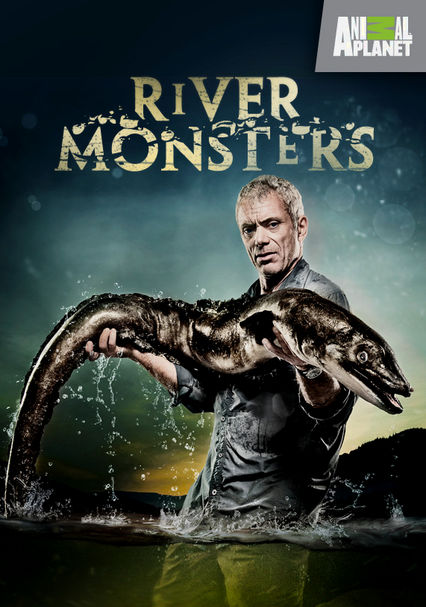 2009 TV-14 2 seasons
Jeremy Wade hosts this series that takes viewers around the world to visit rivers and lakes where deadly creatures lurk. Wade uncovers the truth about these mysterious monsters, including Goliath tigerfish, snakeheads and man-eating catfish.

From deadly piranhas to vicious alligator gars, Jeremy Wade tracks down maneating beasts that lurk in murky rivers around the world. The investigations also cover killer catfish, freshwater sharks and other mysterious and lethal creatures.

Join biologist and "extreme angler" Jeremy Wade as he travels to Africa's Congo River to hunt for a deadly Goliath Tigerfish and to Thailand's Mekong River, where he catches a 700-pound venomous stingray.

Parents need to know that this investigative series features many re-enactments of drownings and vicious fish attacks on humans. These, coupled with harrowing eyewitness accounts of similar tragedies, ensure that it's not for kids -- or the faint of heart. Some tragic tales even cause the host to get choked up onscreen. The host also often puts himself in harm's way to get a close-up view of the lethal fish he studies, so be sure to remind kids that dangers always exist in any wildlife encounters.

Re-enactments of drowning scenes and blurred shots of people attacked by flesh-eating fish. The host often uses himself as bait, swimming in fish-infested waters to test their attack instincts, so there's always the possibility of injury. He also baits them with animal carcasses so he can watch them devour the meat.

The show promotes keeping an open mind when it comes to popular beliefs about the vicious nature of the fish it tracks. Each episode features many emotional accounts from injury victims and witnesses to deaths from fish-induced wounds (for example, a grandfather recounts how he only recovered the bones of his young grandson after he was attacked by piranhas).