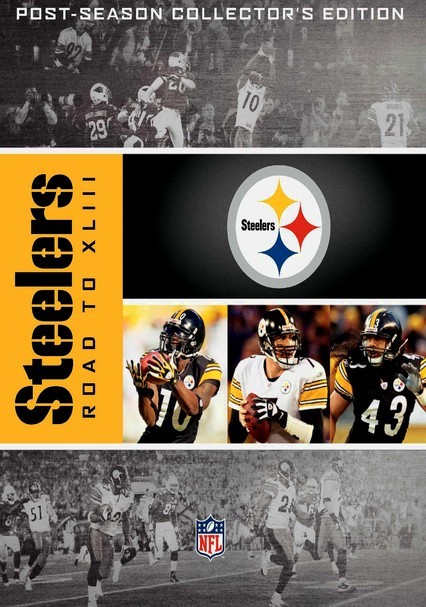 2009 NR 4 discs
With this jam-packed retrospective, football fans can relive the best moments of the Pittsburgh Steelers impressive 2008-'09 season, which culminated with the NFL dynasty claiming the Vince Lombardi trophy for an unprecedented sixth time. Led by second-year coach Mike Tomlin and unassuming QB Ben Roethlisberger, the '08 Steelers flew under the radar for most of the season en route to their 27-23 win over the Arizona Cardinals.