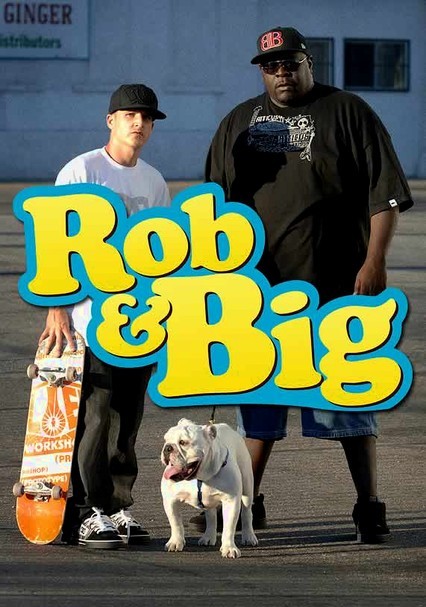 2006 TV-PG 2 seasons
Pro skater Rob Drydek and bodyguard-best bud Chris Boykin eat, drink and break Guinness world records together in this laid-back MTV reality series in which a rat invasion and a smelly bulldog pose the biggest threats to their Hollywood Hills crib. Skate competitions take the pair to Florida and Canada, but the real action is at home, where new pup Meat Bag, a miniature horse and the 300-pound Boykin's hot-wing intake are stunts unto themselves.

You know there are going to be high jinks aplenty when professional skateboarder Rob Dyrdek; his best friend and bodyguard, Christopher "Big Black" Boykin; and their bulldog Meaty set up shop in a Hollywood Hills manse they'll call home for the duration of this reality comedy. Highlights of this uncensored series include a move-in day birthday party for pup Meaty, Big's trip home to a family reunion in Mississippi and Rob's insane skateboard stunts.

Pro skateboarder Rob Dyrdek and his bodyguard pal Christopher "Big Black" Boykin, along with Meaty the bulldog and Mini the horse, are back for another season of goofy antics and misadventures. This time around, the duo visits a zoo, asks a shaman to improve Rob's skating skills, trains a turtle to run in a race, heads to Cancun for some R&R and volunteers time with charitable organizations. Fellow skateboarder Danny Way makes a guest appearance.

Parents need to know that this reality show revolves around the exploits of skateboarding phenomenon Rob Dyrdek and his live-in bodyguard, Christopher "Big Black" Boykin. Both clearly perform for the cameras, and some scenes might be too much for sensitive young viewers (for example, when Big is swimming in an athletic supporter, the cameras blur Big's butt as he exits the water). Impressionable teens may need a reminder not to copy anything they watch on TV at home.

Curses are bleeped out; "damn" is used.

Shows that it's OK to have fun (even the goofy, stupid kind) as long as nobody gets hurt and you play it safe.

Alcohol is served at a party.