Robert F. Kennedy: His Many Sides 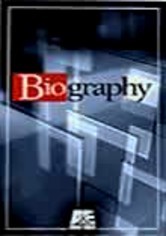 Robert F. Kennedy: His Many Sides

2001 NR 0h 52m DVD
Robert F. Kennedy was born into American royalty, the son of Joseph and Rose Kennedy. This fascinating portrait, part of the A&E Network's long-running "Biography" series, depicts a man longing for the approbation of his father and overshadowed by the charisma and promise of his brother, John, who would later become president. But he eventually came into his own, rising up to the responsibilities of his name, until a bullet cut his life short.