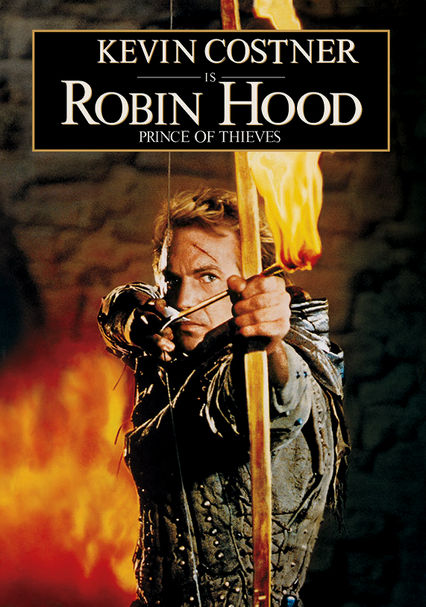 1991 NR 2h 35m DVD
Kevin Costner stars as Sherwood Forest's outlaw hero in this 1991 version of the classic tale of intrigue, romance and pageantry. When the dastardly Sheriff of Nottingham (Alan Rickman) murders Robin's father, the legendary archer vows vengeance. To accomplish his mission, Robin joins forces with a band of exiled villagers (and comely Maid Marian), and together they battle to end the evil sheriff's reign of terror.

Parents need to know that medieval graphic violence dominates this film, and that there are some particularly gory moments. The film opens with a painful torture scene, and later a man is burned to death. A man knifes his unsuspecting cousin, an illegitimate (and angry) half-brother appears, a painful childbirth scene (implied caesarian), a hanging, villages are destroyed, innocent children are threatened, explosions, a beloved character dies, and one nearly drowns. There is also an attempted rape, and a scary, creepy witch.

Attempted rape, Sheriff orders his servants to sleep with him.

Friar Tuck is an alcoholic, praises beer more than God.