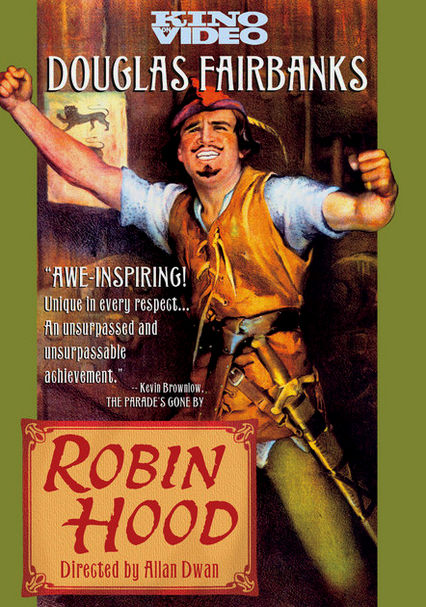 1922 NR 2h 13m DVD
In the midst of the 12th century Crusades, the Earl of Huntingdon sets out on a crusade of his own -- to save Nottingham from Prince John's tyrannical rule in King Richard's absence. The earl transforms himself into valiant swashbuckler Robin Hood (Douglas Fairbanks) and begins a quest that includes stealing from the rich, giving to the poor, charming Maid Marian and becoming one of the greatest adventure heroes of all time.