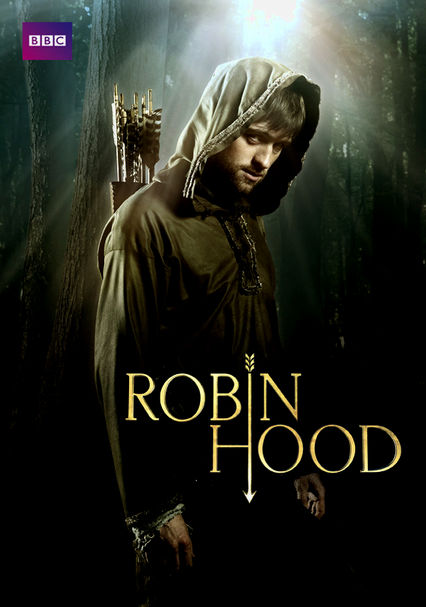 2006 TV-PG 3 seasons
This updated retelling of the tale of Robin Hood features a hip, wisecracking Robin and his cynical manservant battling the brilliant but evil Sheriff of Nottingham and his wicked minion, Guy of Gisborne.

Robin of Locksley returns from the Crusades to claim his family estate. With the land under the thumb of the ruthless Sheriff of Nottingham and his sadistic deputy, Robin becomes history's greatest vigilante.

Robin of Locksley swings into action for a second season of this rousing series. New threats emerge from the wicked Sheriff of Nottingham and his henchman, Guy of Gisborne, while trouble brews in the Holy Land.

Robin returns from the Holy Land obsessed with hunting down Guy of Gisborne and avenging Marian's murder, while his men try to convince the despondent outlaw that the country still needs someone willing to stand up to the evil Sheriff.

Parents need to know that this British adventure drama includes lots of implied violence and torture. Although little of it is actually shown on screen, the characters make their intentions pretty clear, and the camera stays focused on the action until the very last second. (For example, when a bad guy threatens to cut out a villager's tongue if he refuses to divulge some valuable information, the last shot in the sequence features a soldier poised to jam scissors into the victim's mouth.) The nasty Sheriff of Nottingham also makes frequent use of the gallows in his main courtyard -- viewers can see victims' feet twitching and dangling. While Robin Hood's personal reluctance to harm anyone makes him admirable, the casual violence of the Middle Ages can be rather disconcerting.

No sex scenes, and only modest flirting. It's tough to find time for love when one of the main characters lives in the woods.

Plenty of sword fights and great examples of precision archery, but little graphic violence. Robin makes a point of avoiding bloodshed whenever possible, but his nemesis, the Sheriff of Nottingham, isn't above torturing innocent villagers (though none of it appears onscreen, the show makes it quite clear what's happening). Gallows victims' feet are shown dangling and twitching.

The name "Robin Hood" is synonymous with defying corrupt authority figures, and this version of the legend drives that message home harder than most. The title character is sometimes a bit preachy, but his message -- that government exists to serve its citizens rather than exploit them -- is one that should be heard.

Characters often drink wine, but they rarely get drunk.