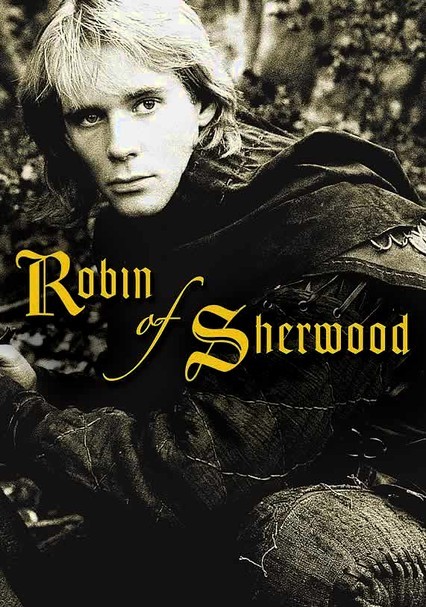 1984 NR 2 seasons
Incorporating pagan myths and gritty historical details into the Robin Hood legend, this enthralling action series begins when Herne the Hunter orders Robin of Loxley (Michael Praed) to guard Sherwood Forest from Norman invaders and aristocratic English oppressors. Loxley assumes the mantle of Robin Hood and, with his band of warrior outlaws, protects the downtrodden peasants of Nottingham from the corrupt sheriff and brutal Guy of Gisburne.

Chosen by mystical Herne the Hunter, Robin of Loxley forges a band of outlaws to defy the Norman rulers who oppress the people in this 1980s series. Noted for its blend of history and pagan myth, the series is a gritty take on the Robin Hood legend.

With the original Robin of Loxley dead and the ruthless Sheriff of Nottingham now unchecked, Robert of Huntington (Jason Connery) takes up the Robin Hood title and continues the prince of thieves' noble quest to steal from the rich and give to the poor. This British-made television series, lauded for its accurate historical detail and masterful plot twists, brims with realistic action sequences and magical mysticism.