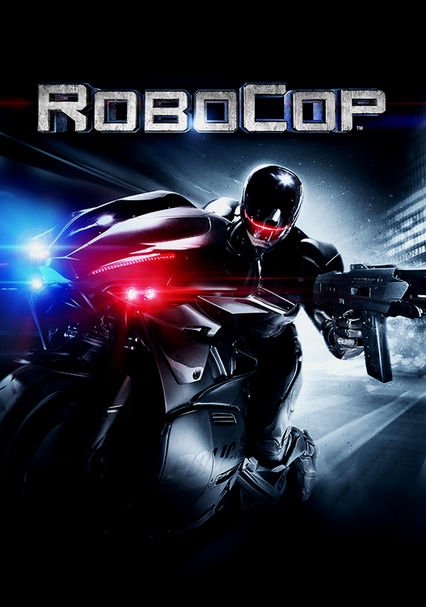 2014 PG-13 2h 0m Blu-ray / DVD
When Detroit cop and family man Alex Murphy is critically injured in the line of duty, a robotics firm transforms him into an experimental crime-fighting cyborg, though he remains haunted by his human past in this reboot of the 1980s sci-fi classic.

Parents need to know that Robocop is a remake of the 1987 action classic that's less bloody than the original, but still fairly violent, with intense, frequent gun battles, thousands of bullets flying, and dead bodies (with very little blood shown). We briefly see gory photos of the main character after an accident, and his organs are shown inside the RoboCop armor. There's one moment of sexuality as the main character, still a human, kisses his wife and falls onto a bed with her (she is shown wearing a bra). Language is infrequent, but includes a few uses of "s--t," as well as "bitch" and "a--hole." (One use of "motherf----r" is bleeped out.) In one scene, RoboCop arrests some drug dealers/users and then busts a drug lab. Overall, it's not nearly as good as the original film, but it's a solid effort.

Before the accident, when the main character is human, he is shown passionately kissing his wife. He removes her top, and she is shown wearing a black bra. They fall onto the bed, kissing, but they are interrupted.

The movie is filled with guns, shooting, and dead bodies, but it just barely achieves a PG-13 rating by showing hardly any blood. There are a few cuts and scrapes shown, and when one character is shot, we see a spray of blood (and a pool of blood from under his corpse). Thousands of bullets fly in this movie. Suicide bombers are part of the story. A robot shoots a teen boy holding a knife (he's determined to be a "threat"). The hero is caught in an explosion, which ravages his body. We see brief images of his wounds as well as his organs inside the RoboCop armor and some creepy "operation" footage. RoboCop sometimes beats people up with his hands, rather than with his guns.

The movie has two big themes. One is a question of humanity: how human is human, and where is the line drawn? The sub-theme is one of politics: how much freedom should one give up for the promise of safety? The movie also has something to say about greed: the employees at the company building the robots seem to be more interested in profits than in making safe machines.

RoboCop catches some young men doing a drug deal. When he scans one of them, the readout comes up as "totally stoned." This arrest leads RoboCop to a drug lab, and we see quick images of various workers making illegal drugs before the hero arrives and shuts it down. Additionally, in an early scene, the hero (as a human) is seen having a beer at home after work.