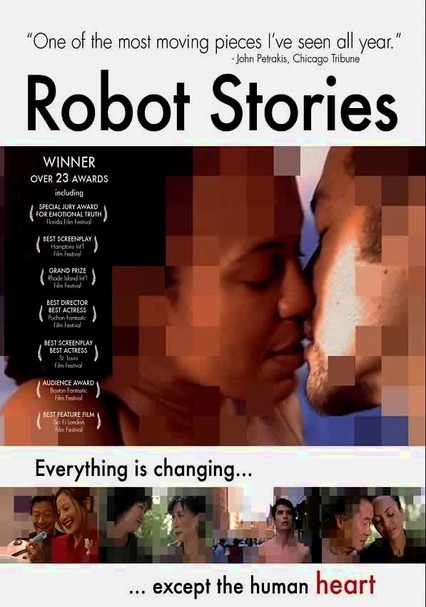 2004 NR 1h 25m DVD
This collection directed by Greg Pak includes four stories. "My Robot Baby" features Maria (Tamlyn Tomita) and Roy (James Saito), who must care for a robot child before adopting a real one. In "The Robot Fixer," Wilson is in a coma after a car wreck, prompting his mother (Wai Ching Ho) to fix his toy robots. Pak stars in "Machine Love," about a robot that works in an office. And in "Clay," John (Sab Shimono) fights a memory-merging process.