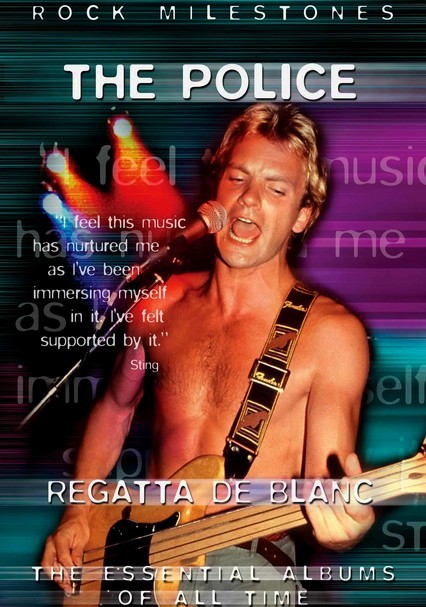 2007 NR 0h 50m DVD
Explore the creation of the Police's second album, "Regatta de Blanc," which rocketed the band to international fame and earned them a Best Rock Instrumental Performance Grammy for the title track. Two singles from the 1979 album -- "Message in a Bottle" and "Walking on the Moon" -- became chart-topping megahits. This program includes performance footage and interviews with people close to the band who shed light on the influential album.