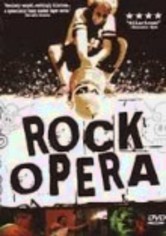 2005 UR 1h 30m DVD
Toe (Jerry Clark) is desperate to go on tour with his band, Pigpoke, in this indie slacker flick set in Austin, Texas. He plans to make some quick cash selling weed, but instead winds up deep in debt to ruthless drug dealer Jarvis (Paul Wright). Toe continues to stumble through a series of mishaps as he tries to repay Jarvis and get Pigpoke on the road. Several local Austin bands make appearances, including the notorious Butthole Surfers.