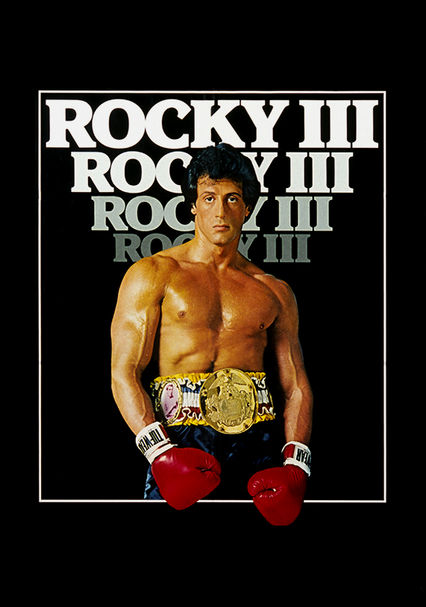 1982 PG 1h 39m DVD
Now the world champion, Rocky Balboa is only fighting opponents who pose no threat to him in the ring. But after a pounding by powerful young Clubber Lang, the humbled champ turns to former rival Apollo Creed for help in regaining his form.

Parents need to know that this movie, in typical Hollywood fashion, glorifies the brutal sport of boxing as the way our champ hero proves his intrinsic worth. While previous films in the Rocky series (and other boxing dramas) showed the wounds inflicted and talked up the long-term physical damage associated with pugilism, this one shows the two-fisted violence with no consequences. It's more like pro wrestling -- which, by the way, got a big plug, with cameo by Hulk Hogan -- and should probably be put in the same class.

Both the villainous Clubber Lang and a pro wrestler named Thunderlips boast of their sexual prowess. Scantily clad girls are ringside.

Rocky and Clubber Lang take a pounding in their fight scenes, and Rocky gets tossed around by a wrestler. Still, it's more cartoony and WWE-like than bloody.

Rocky Balboa remains a hero here, literally star-spangled, and Apollo Creed has also turned into a good sport. In fact, they're pretty much too good to be true, with the nemesis Clubber Lang such a figure of pure evil he may as well breath fire. There's an uncomfortable racial subtext in the gentlemanly white boxer vs. the bestial black one, though Apollo Creed as a mentor figure takes some nasty edge off.

Rocky is shown on a spread of real-life magazine covers and there's a montage of him as an advertising pitchman.

Recreational drinking and smoking, mostly by Rocky's brother in-law, who gets drunk at one point and thrown in jail.