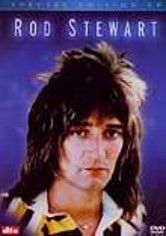 2003 NR 1h 10m DVD
With his gravelly voice and soul-filled performances, shaggy-haired Rod Stewart was always a hit every time he appeared on German television. The quintessential rock star performs four tracks here, including some of the most popular songs of his career: "Baby Jane," "Passion," "What Am I Gonna Do" and "Tonight's the Night."