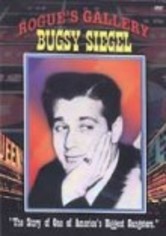 2003 NR 0h 45m DVD
Benjamin "Bugsy" Siegel tore up Las Vegas, a town he owned and helped establish as the gambling paradise it is now. This segment of "West Coast Rogues Gallery" charts the enigmatic Siegel's rise from Hell's Kitchen mobster to Los Angeles fixture and his eventual dominance in the sizzling Nevada desert.