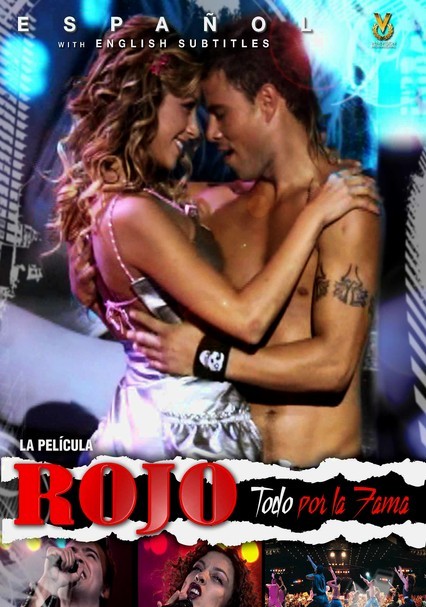 2006 PG-13 1h 34m DVD
A Chilean talent show in the mold of "American Idol," "Rojo" became a huge hit the moment it hit the airwaves. This comic series puts a fictional spin on all the backstage drama: the backstabbing, the ruthless competition and the passionate abandon. Further blurring the line between fantasy and reality, several of the show's big stars -- including Monserrat Bustamante, Mario Guerrero and Yamna Lobos -- appear as pseudo versions of themselves.