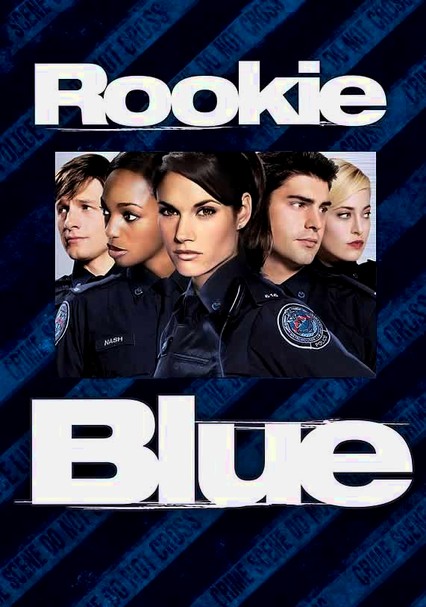 2010 TV-14 3 seasons
Five rookie cops -- the newest (and likely best-looking) members of Toronto's 15th Division -- must learn the ropes and try to stay alive while avoiding embarrassing themselves in front of their veteran colleagues in this television crime drama.

Fresh out of the police academy, an ambitious group of rookie cops -- including empathetic idealist Andy (Missy Peregrym), cocky thrill seeker Dov (Gregory Smith) and lonely politico Gail (Charlotte Sullivan) -- strives to stick together as they encounter harrowing conflicts. In Season 1 of this edgy drama, the rookies hunt for an escaped convict, accidentally place an informant's life in jeopardy and nearly ruin a major drug bust.

With the original newbie cops now three-year veterans, a real rookie enters the picture in the form of fresh-from-Afghanistan ex-soldier Nick Collins. William Shatner starts Season 3 off with a bang with his guest turn as a bad-tempered drunk driver.

When Andy and Nick return from their undercover operation, things have changed. As Andy deals with the fact that Sam has moved on, Nick worries that all is not right with his relationship with Gail. Meanwhile, there are always crimes to be solved.

Parents need to know that this Canadian police drama is milder than most U.S. cop shows, but it still has plenty of content that makes it an iffy choice for younger viewers. Subjects like prostitution, drug dealing, addiction, and murder are consistently discussed, and gunshot victims (often with bloody wounds) are visible. Characters are sometimes shown getting undressed and standing in their underwear, and they often unwind over beer, tequila, martinis, and other drinks.

Prostitutes are often suspects and/or witnesses. Officers are occasionally shown taking off their outer clothes and/or standing in their underwear in locker rooms.

People are chased, shoved, and knocked down. Guns are visible, shots are fired, and bloody gunshot wounds are visible. Some minor hazing scenes, including forcibly handcuffing rookies and making them find a way to get out.

Generally mild; potential for words like "hell" and "damn."

The rookie cops must rely on their own strengths -- and each other -- to succeed. Hard work matters, but it isn't always enough.

Characters drink beer, tequila shots, martinis, and other liquor at bars. The police also often find themselves dealing with drug dealers and addicts and investigating crimes at crack houses.