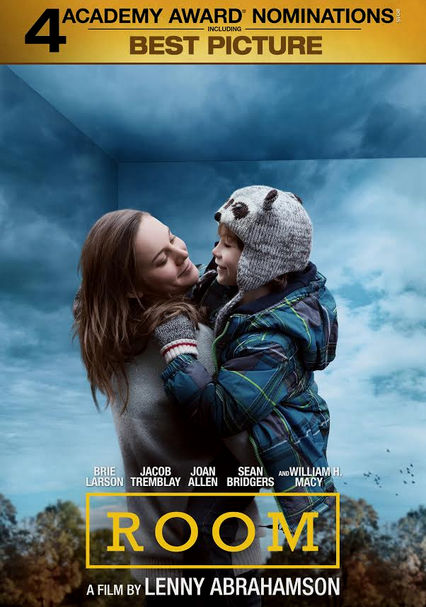 2015 R 1h 53m Blu-ray / DVD
After being abducted, raped and imprisoned in a small windowless room, a young woman gives birth and is forced to raise her son, Jack, in the same improvised space. But after five years, Jack's mother begins planning their escape.

Genres
Drama, Social Issue Dramas, Dramas Based on the Book

Parents need to know that Room is based on an intense, disturbing, award-winning novel by Emma Donoghue that focuses on a precocious 5-year-old boy named Jack (Jacob Tremblay), who lives in an unthinkable situation with his mother, Ma (Brie Larson): They're both trapped in a kidnapper's shed, and Jack was born in captivity. The movie features a great deal of suggested violence (particularly rape), as well as an upsetting scene of the kidnapper yelling at and injuring Ma. There's also an incredibly tense sequence when Jack attempts to escape from his captor and another scene in which a character is shown having overdosed on pills (she survives). Along with the violence, there's some strong language, including nearly a dozen uses of "f--k," "s--t," and more. But in the end, despite their horrific circumstances, Ma and Jack have a beautiful, incredibly close relationship that's hopeful and inspiring.

It's obvious that Ma has been systematically raped and intimidated for her seven years of captivity. She's also been injured and beaten, but mostly sexually assaulted during her time in the shed (during one assault, Jack is hidden in a wardrobe and hears noises). Old Nick hurts and chokes Ma in one scene. Ma attempts suicide by taking an overdose of pills, buts she survives.

Variations of "f--k" (used as both an exclamation or adjective, not as a verb to signify sex) are used almost a dozen times. Also "s--t" and "bitch."

The bond between parent and child is so strong that it can create meaning in otherwise-hopeless situations. Also: With someone you love and care for around, you can survive almost anything. Also suggests that young women should be kind but have a healthy distrust of strangers' intentions.