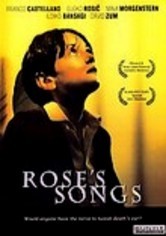 2003 NR 1h 38m DVD
In this film festival favorite from Hungary, a Jewish family living in Budapest during World War II hides from the Nazis in a villa they share with an opera singer, whose voice, residents believe, will protect them from danger. Eschewing his fellow refugees, however, the singer never leaves his tower room. Hope and secrets abound in this historical drama directed by Andor Szilágyi and starring Franco Castellano, David Zum and Maia Morgenstern.