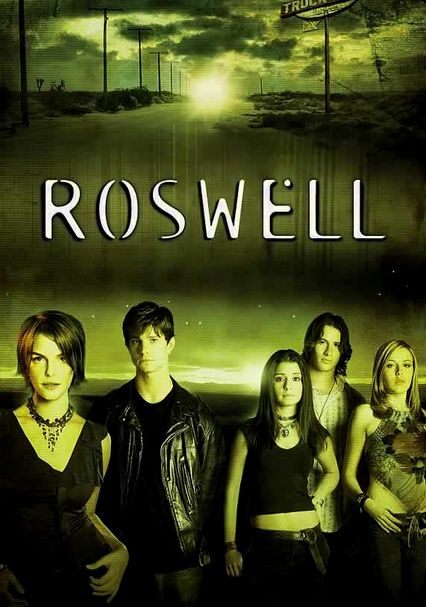 1999 TV-PG 2 seasons
In Roswell, New Mexico, human/alien hybrids Max, Isabel and Michael closely guard their true identities from enemies while forging romances with classmates and gradually discovering their destiny to save their home planet.

Three alien-human hybrids have been sent to Earth to save the human race. In the meantime, the young outsiders attend school in the desert town of Roswell, N.M., and struggle with everyday teen issues in this sci-fi drama.

Aliens Max, Isabel and Michael are back for the third and final season of this dramatic sci-fi series, which takes place in Roswell, New Mexico. The trio graduates high school, searches for Max's son, uncovers a conspiracy at Metachem and more.

Parents need to know that this teen drama centers on a group of high school students who are hiding a huge secret -- from their families, from teachers, from the world. Certainly the stakes are high; if word gets out that actual aliens are living among the unsuspecting residents of Roswell, there could be all kinds of trouble. Still, the series' entire premise supports the idea of teens hiding important things from their parents. The characters also deal with the usual batch of angsty high school issues related to friendship and dating.

Though there's no onscreen sex or nudity, a good chunk of the series centers on who's dating whom and how far they go.

Some fighting and the occasional explosion, but no graphic violence.

The main characters are all privy to a huge secret -- that four of them are from another planet -- and must often lie to protect their knowledge. They're hunted by another group of aliens who are devious and violent in their efforts to find the visitors from space.