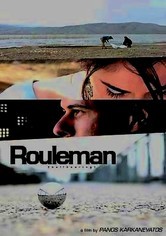 2005 NR 1h 28m DVD
Director Panos Karkanevatos melds romance, adventure and danger in this film that excavates long-buried secrets by using a documentary crew as the lens through which the events unfold. The filmmakers trace the story of Loula, who escapes from her small town for the excitement and thrill of the big city. At first, her move appears to be a wise decision, but soon, when she becomes involved with a stranger, Loula begins to lose her hold on life.