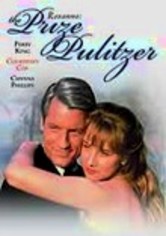 1989 NR 1h 35m DVD
When young Roxanne Ulrich (Chynna Phillips) meets wealthy charmer Herbert Pulitzer (Perry King) and enters the scandal-ridden world of the rich and famous, her life changes forever. After a whirlwind courtship, the two wed, but their marriage is quickly torn apart by drug abuse and affairs. Courteney Cox co-stars in this drama based on Roxanne Pulitzer's 1987 autobiography, written after her headline-making divorce from the publishing heir.

Genres
Drama, Made-for-TV Movies, Dramas Based on the Book, Biographies